From its beginnings in the early 1980s, techno music culture in Detroit has been about stretching the limits of creative freedom. When the Berlin Wall came tumbling down in 1989, the reunified German capital needed a soundtrack to match its newfound euphoria. Detroit was there to help stretch that historic moment into many over the next 30 years. The fact that Berlin was open all night and Detroit techno artists were wired to play high impact music until dawn and beyond made for a perfect partnership. The seeds were planted then for an industry that flourishes worldwide today.

Thirty years later, one of the results of that enduring friendship is the Detroit-Berlin Connection (DBC), a group dedicated to growing both the night economy and the creative industries that support it. On May 21-22, the DBC will hold its sixth annual Detroit conference, The Potential. The two-day event is co-funded by Deutschlandjahr USA and the Goethe-Institut Chicago, and is presented in partnership with the Museum of Contemporary Art Detroit (MOCAD), Tresor Berlin, and Your Mom’s Agency (Berlin).

On May 21, a public talk at Tangent Gallery will feature guest presenter Mirik Milan of Berlin’s VibeLab, an agency that advocates for night economy initiatives around the world. Milan will reflect on his experience in creating dialogue and exchange between cross-sector stakeholders, and how Detroit could follow a similar path to create a vibrant 24-hour economy. Tourism based around techno and the curfew-free night has produced huge economic and social dividends in Berlin. Milan will talk about how innovative models created and practiced in Berlin can be applied to Detroit and other cities.

The second day, May 22, is organized by Your Mom’s Agency (Berlin) and takes place at Museum of Contemporary Art Detroit (MOCAD). It features music production workshops for teens given by artists from the two cities including Afro-Futurist pioneer and Detroit-Berlin techno producer Alan Oldham, and Detroit hip-hop and diversity advocate Piper Carter. Day two also features a film screening of Berlin: Symphony of a Metropolis, this silent German film classic explores a day in the life of Berlin with a modern twist: connecting the monumental music scenes of Berlin and Detroit. The screening will be scored by musicians from both cities: Lucky Paul (Los Angeles/Detroit/Berlin), Sarah Farina (Berlin), and Sean Tate (Detroit) and will be streamed live by Detroit-based radio collective, the Bassment.

The Detroit-Berlin Connection, a 5013c nonprofit organization, has been strengthening existing relationships between artists in Detroit and Berlin since 2013, when it began changing the local narrative that only bad things happen at night. Together with Underground Resistance / Submerge Records (Detroit), Tresor Berlin, and Your Mom’s Agency (Berlin), the DBC is telling the story of Detroit as a creative lighthouse, a place of artistic experimentation and entrepreneurial and social innovation. The Potential conference in Detroit is one of many events planned as part of Wunderbar Together, an initiative funded by the German Federal Foreign Office, implemented by the Goethe-Institut, and with support from the Federation of German Industries (BDI). This year-long festival of over 1,500 events in all 50 states began in October 2018 and continues throughout 2019.

8PM: Film screening of Berlin: Symphony of a Metropolis with live score by Lucky Paul, Sarah Farina, and Sean Tate, live streaming by The Bassment.

Events are for all ages and free to the public. 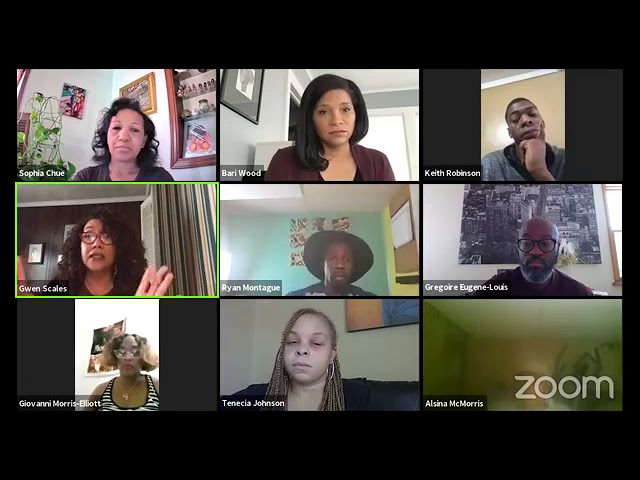